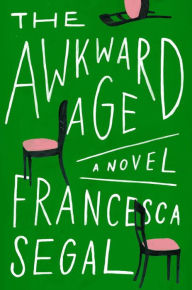 Philip liked James. James was likeable. He put Julia at ease and made her laugh. This year she had become beautiful again,  recalling the fragile, striking girl she had been when he'd first known her, where for years she had begun to look -- it was Iris''s uncharitable word, though he had had to admit the truth to it -- slightly haggard. Now she looked young again, and luminous. James exuded a kind of Viking strength and vigor, and searching for a description, Philip found his first true use for the term 'in rude health.'  He understood, choosing to steer his thoughts away from his own son's swift waning and diminishing, why Julia would be drawn to such a man. Now, under extraordinary circumstances,, James was proving himself over and over tested in his kindness, his generosity, his understanding. He had found a clinic, he''d spoken to the psychologist in his department, he'd been the one to source online videos for Gwen to watch, to help her understand the realities of teenage motherhood. Not once, Julia said, had he raised his voice. He was kind to Gwen, and liked her. He understood that gentle steadiness was their only hope for persuasion. He was taking care of all of them. Still, Daniel.


I enjoyed Francesca Segal's first novel, The Innocents -- a very close, modern-day retelling of The Age of Innocence, set in London -- very much, and of course, me being me, I hoped she would be giving Henry the same treatment this time. Alas not, but her story and characters still drew me in, there was the added pleasure of a little bit of Boston at the beginning. and in the end, this new novel will be one of my favorite books this year.

Julia, a widow, lives in London with her difficult 16-year-old daughter, Gwen.  She has found new love with James, an American obstetrician, who has moved in along with his teenaged son Nathan. Gwen 'loathes' James, and she and Nathan dig at each other.  As the story opens, James has taken the four of them to Boston for a long weekend, where they have Thanksgiving dinner with James' eccentric ex-wife. But during the trip, Nathan and Gwen come together. When they are all back in London, their parents are horrified to learn about their relationship, and then Gwen becomes pregnant. Julia and James struggle with guilt, and blame, and conflicting ideas on how the crisis should be handled, and the story turns on how their relationship changes, and ripples out to other family members, including Iris and Philip, Julia's in-laws, separated for years but still connected to each other. The characters are all wonderfully drawn, with so many details and traits; I found myself hopeful for all of them, and immersed in the sometimes funny, sometimes romantic, but realistic things that happen to them.

It's not exactly in the same style, but Segal's writing reminds me a little of other favorite authors {Laurie Colwin, Cathleen Schine}, which is another added pleasure.  I'm already hoping for another novel from  her soon.

Since I enjoy both Laurie Colwin and Cathleen Schine, I'll keep an eye out for Segal. Meant to read The Innocents shortly after The Age of Innocence (a couple of years ago?) but never got to it...