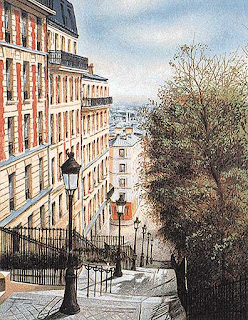 
Schnapsidee -- the way a German would describe a plan he'd hatched under the influence of alcohol. Pilkunnussija -- Finnish for 'comma f**ker,' a grammar pedant. ... Jayus, in Indonesian, denotes a joke told so poorly that people can't help but laugh. Knullrufs is Swedish for postsex hair. Gumusservi means moonlight shining on the water in Turkish. Culaccino is the Italian word for the mark left on a table by a cold glass.
Words like this are marvelous. We make lists of them, compile them into treasuries, trade them over any dinner table at which holders of more than one passport have convened. (The German, armed with Kummerspeck -- 'grief bacon' -- will always win the day. They're fun to say. They're funny to think about, in their Seinfeldian particularity. They expand and concentrate the world, making it bigger-spirited while at the same time more specific.
We like to think the lexicon of a language reveals broad truths about its speakers. The wine will flow, and the Japanese guest will mention komorebi, the sunlight filtering through the leaves of trees, and the Frenchman will offer l'appel du vide, the urge to jump off the side of a cliff, and there will be collective acknowledgment of the aesthetic qualities of the Japanese and the nihilistic ones of the French. But the idea that untranslatable words prove that speakers of different languages experience the world in radically different ways is as dubious as it is popular, originating from 'the great Eskimo vocabulary hoax' -- the notion that Eskimo has fifty or eighty or a hundred words for snow. ...
Even if muruaneq -- Yupik word for soft, deep fallen snow -- was basically powder, the question tantalized me. Does each language have its own worldview?  Do people have different personalities in different languages? Every exchange student and maker of New Year's resolutions hopes that the answer is yes. More than any juice cleanse or lottery win or career switch, a foreign language adumbrates a vision of a parallel life. The fantasy is that learning one activates a latent alter ego, righting a linguistic version of having been switched at birth. Could I, would I, become someone else if I spoke French?

from When in French:  love in a second language, by Lauren Collins


A memoir about learning a second language will always draw me in, but after having fun with one, abandoning another because it was so dull, and finding a third one beautiful but a little sad, I'm so happy to be greatly enjoying this one, about an American living in London who marries a Frenchman and goes to live in Geneva. That's all my buttons pushed. :)

{updated}  The author is kind of snarky about Geneva (a city I love to visit, but then agai I don't have to live there). But as it turned out, When in French is as much a thoughtful look at different aspects of language as about the author's personal experience in learning to live and love in a second one, and I thought that created a good balance. In the end, I'm glad to say that I enjoyed this memoir very much.


When in French:  love in a second language, by Lauren Collins
Penguin Press, 2016
Borrowed from the library

Sounds wonderful! Glad you're enjoying this one :)

Isn't it wonderful to settle down with a book that ticks all sorts of boxes? And speaking of French...I was looking for a book by Balzac while in a chain bookshop last Friday. There wasn't one to be had...oh mon dieu!

If I don't make it back here in the next few days, Audrey...Merry Christmas!

I would also add the French l'esprit de l'escalier or staircase wit -- remembering a witty remark too late, which is the story of my life.