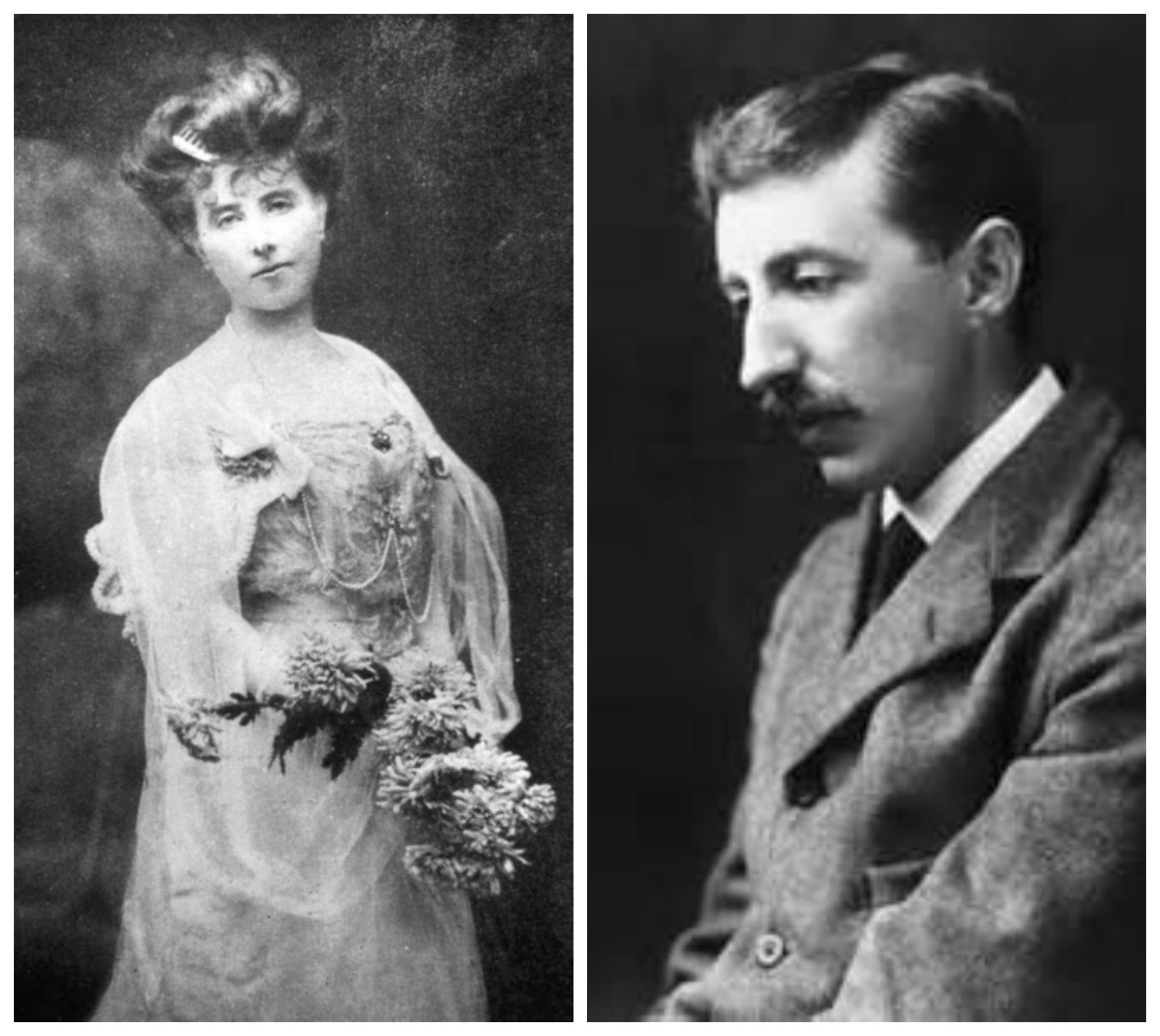 ... The truth was, in many ways she was a tartar. She was high-spirited and gay, and all the fun began when she was about the place. Her children worshipped her; but then, she meant them to worship her, at the expense of their father, 'The Man of Wrath' as she nicknamed him. And then, for a great part of the time, she was simply invisible, to her children as to everyone else -- either typing in her summerhouse or studying seed catalogues, or away with her family in England. Moreover, she had a ferocious tongue and took the keenest delight in teasing and bullying; if you were a dependent, you could expect to be mauled daily. ... Hugh Walpole, who went as  tutor to her children shortly after Forster left, has left a scarifying account of her technique of harassment. She would wait until there was a full dinner-table of important guests and then say 'in a cold, clear tone', something like 'Oh, Mr. Walpole, I've had such an interesting letter from your father. Do you wear flannel next to your skin?'

Something I love, when I'm reading, is to find connections like this between or among {sorry..I'm reading a book about grammar} the writers I'm fond of {it's acceptable now to end a sentence with a proposition, lest you sound like a pedant}. One of those moments came when I was reading the introduction to The Enchanted April, and learned that Elizabeth von Arnim had hired E.M. Forster as a tutor for her children. {Hugh Walpole, too, but I'm not as familiar with him.  But here he is...} 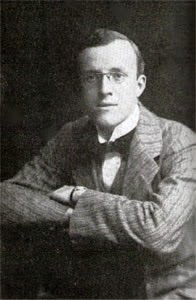 This can send me scurrying to the library or to my own bookshelves to find out more...and how much fun was that this time?

Forster came as one of a long succession of tutors, none of whom had lasted more than six months. Having tried without success an ineffectual German tutor, a sadistic German governess, and two timid English ladies, one of whom lasted only two days, 'Elizabeth' had hit on the plan of inviting young Englishmen just down from the university, preferably from one of the smarter colleges, offering them hospitality and the chance to improve their German in exchange for an hour or two of teaching daily. Her system of engaging them was capricious. She once engaged a new tutor by letter, then took against him for some reason and told him not to write again till he heard from her, since her movements would be uncertain. The next thing he heard was a message saying that, since she had received no word from him, she must conclude he was not interested in the post.

... [Forster's] arrival at Nassenheide was disconcerting. The train dropped him out, with all his luggage, n the middle of a farmyard, in the pitch dark; there was no one to meet him, and he hadn't the faintest idea where the Schloss lay. Fortunately, the guard was helpful and found him a farm-labourer willing to act as guide. Splashing across the fields, the two finally arrived at the house, which was in darkness, and Forster rang. The bell pealed, a hound bayed, and by this time he was beginning to giggle.  He rang again, and at last a dishevelled boy opened the door, and he was grudgingly admitted, to a vast vaulted hall hung with the heads of small animals. After a further wait, the German tutor, who had been in bed, came down to greet him, telling him that he had not been expected till tomorrow and that the departing tutor was in the bed that should have been his. Eventually, a sleepy maid made up a bed for him in the state wing; the cold was appalling, and he lay awake all night shivering and listening to the ghostly clanking of a pump.
'Elizabeth,' when he met her at breakfast the next day, was very cool about his misadventures. Such things lowered people in her esteem. (She told him afterwards, she nearly sent him back to England on the spot, and that he had been wearing a particularly ugly tie.)  'How d'ye do, Mr. Forster,' was her greeting. 'We confused you with one of the housemaids ... Can you teach the children, do you think? They are very difficult ... Ah yes, Mr. Forster, very difficult, they'll laugh at you, you know. You'll have to be stern or it'll end as it did with Mr. Stokoe.'... Later in the day he wrote to his mother that he found 'Elizabeth' 'pleasant but rather disappointing, having indifferent false teeth and a society drawl.' As for the famous garden, he claimed he couldn't find it; the house appeared to be surrounded solely by paddocks and shrubberies.

I agree - connections like that make it all even more worthwhile.

And this just made my day :)
"{it's acceptable now to end a sentence with a proposition, lest you sound like a pedant}. "

Oops. I didn't mean proposition, but it's much funnier. For someone who writes and edits for a living, I'm discovering that I'm a terrible proofreader!

I didn't even see "proposition" until your comment. Yes, that's even funnier!

I think all sentences should end with propositions! (Didn't spot that either until I read the comments). A most interesting piece. I really enjoyed this gem about Elizabeth von Arnim and Forster.