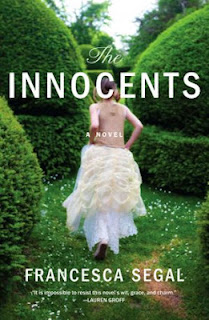 'Ads." Rachel had stopped again and was watching him, her hands in her pockets. 'I do know that all this planning is stressful, and that nine more months seems like a long time to plan a, to plan a party'  -- they smiled at one another -- 'but you're not being practical. Can you imagine if after everything my parents have done for me, and everything that Michelle has done for you, all that work and love and looking after you and Olivia since your dad died, and then we repaid them all by saying 'Sorry, you can't see your children get married, they want to do it in America on holiday'? Of course it's our wedding, but think how many people would be hurt. And second, to be honest, some tacky, anonymous place in Las Vegas doesn't exactly sound very original, anyway. I know it's different from a big Jewish wedding in London, but isn't it just conforming to a different sort of tradition? The only difference is that it's not our tradition. But it's still the same wedding that lots and lots of other people have. It's not really anything new, is it?'
She had taken the lead from Adam's hand and clipped it to Schnitzel's collar, a sign that she intended to cross back to the road and that their walk -- and possibly the conversation -- was over. The meant going to Lawrence and Jaffa's house to return the dog, and though he and Rachel had planned to go straight back to his flat to spend a quiet Sunday alone together, someone was likely to be having tea at the Gilberts' who would steal at least two hours from them. He could see the day unfolding:  Jaffa's potent coffee would be thrust into one hand, sugar-dusted cinnamon balls would circulate and the visitors, whoever they were, would peer over his shoulder as he was made to look at photographs of the Berkeley Hotel function rooms on Lawrence's laptop. This was all made more galling by the fact that Rachel was right. His suggestions for breaking the mold were as cliched as the mold itself. That had stung.


Finally!...a book that I've been anticipating that I enjoyed as much as I had hoped to.

It says on the book jacket  that The Innocents, a new, first novel by Francesca Segal, was inspired by The Age of Innocence.  It's clear that it was, from the relationship between Rachel and Adam, to the arrival of Rachel's cousin Ellie, to a plot development that Edith Wharton could have made much of. to an ending that she already did.  But for me the similarities drew me into the book, instead of pushing me away.  The story is transported from turn-of-the-century New York to the present day and the Jewish community in northwest London, and as I read I found myself admiring the way the author drew a differently, but equally, tradition-bound, rule-bound, family-bound society, with deficits and benefits of its own.  I though it was elegantly written, too, and it has left me longing to re-read The Age of Innocence and then, with that closer view, to read this one, someday, again.


{And, even though The Innocents is set in London, there is a chapter that takes us to Paris! But it is only Adam's Paris -- he leaves earlier than he had planned, he never leaves the Gare du Nord, and he forgets to bring home macarons for Rachel.}

Noted under: Edith Wharton, Fiction, My Year with Edith, Paris in July

Ooh nice extract. I like the Edith Wharton connection, too. I'm always looking for superior contemporary fiction so I'll add this to tbr list.

I've read so many of Wharton's books, but never Age of Innocence. It's on my Classics Club list and it sounds like reading it with The Innocents would make an excellent pairing!

This is in my library pile, so I'm thrilled that you're so taken with it. I'm contemplating whether I should read The Innocents or reread The age of Innocence first. Any thoughts?

Hi, Fleur! I loved seeing the resonances of The Age of Innocence as I was reading The Innocents; it was almost like a treasure hunt to see what Francesca Segal would do with the story. But I think you could do it the other way, or just enjoy The Innocents on its own (esp. if you want to read it before it's due back!)

This sounds great, I added it to my reading list thanks to your review.