I am always happy when it's time for Paris in July (hosted this year by Tamara and Deb).  I gathered up a list of books, started three of them over the long Fourth of July weekend, and then gave up on all of them. But that's not Paris' fault. C'est comme ca. And the fourth one was exactly what I had been hoping for.

I read and loved Gourmet for a long time,  All of the articles gathered in this book were from before the time when I was reading it, which was very appealing. My favorite pieces were an account of lunch with Alice B. Toklas and another of spending Christmas in Paris. (That one was written by Judith Jones, who I just learned -- in this wonderful book --  was the editor of  Mastering the Art of French Cooking.)

I also read Cara Black's newest Aimee Leduc mystery, in which a friend of hers is injured, then implicated, in the bombing of a forensics laboratory.  I'm not as engaged with this series and its characters as I am with many others, but the books are always enjoyable, and they take you into different Parisian neighborhoods and the settings are always evoked so well.

Speaking of forensics, late in June I started watching Paris Murders (Profilage) on Prime VIdeo, because it was going away at the end of the month.  It's about a quirky group of police officers and a criminologist on their team, with a bizarre murder in each episode.  I enjoy watching things in French (with subtitles) to see how much of it I can understand, and I was only going to watch a couple of episodes, but then got caught up in the first season's cliffhanger and ended up ordering a free trial of the Masterpiece channel so I could find out what happened. :)

I have a couple of recipes bookmarked, and the book I'm reading (and enjoying) now is also food-oriented, so maybe that will by my theme. :)

As always, merci beaucoup to Tamara and Deb for hosting this lovely event. 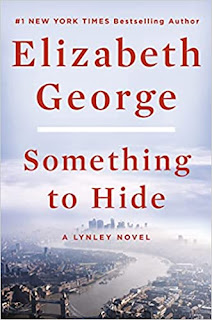 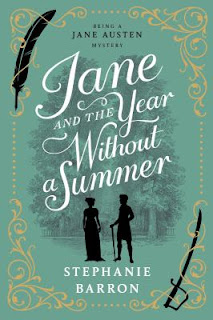 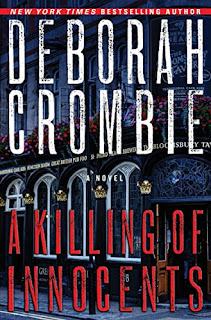 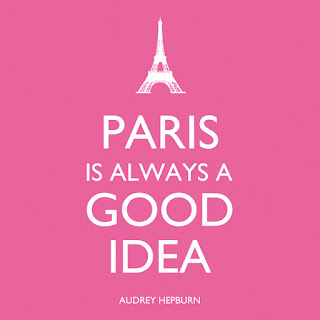 After having high hopes last year, then not participating at all, I've been especially looking forward to Paris in July this year.  July will be my last month of working full-time from home (we wander back to the office in August) so I'm trying to make the most of the extra time working this way has sometimes given me.But I've also promised myself that I won't overpromise ... one book and one new recipe, at a minimum. Still, the book is underway, and I've also been watching something on Netflix, and they're both very promising. And I think there will be more. 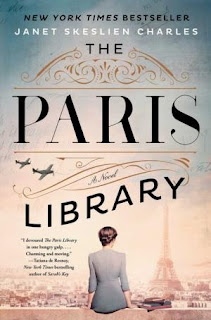 This is a new novel, with alternating chapters set in Paris during WWII and in Montana in the 1980s, and tells the story of a young French woman, Odile, who works at the American Library in Paris, and Lily, a teenager who befriends the mysterious older woman who lives next door. 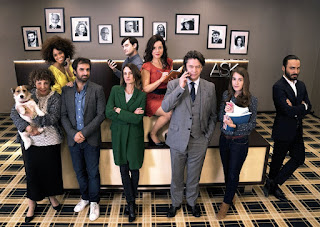 Shall we call it by its French name, Dix Pour Cent?  I am never an early adopter of Netflix series (so I'm still on season 1) but I am getting to be pretty good at binge-watching to catch up. :)  And my favorite thing about watching so far is to try to see how much of the French I can understand (not that much, but some).

Thanks again to notre ami Tamara for hosting Paris in July.

9 comments:
Noted under: Paris in July

In winter, we are called inside ... 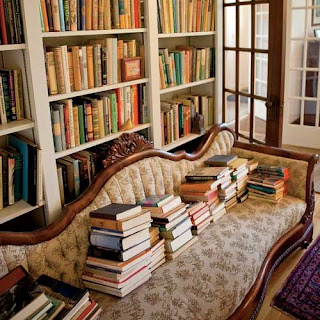 In the high summer, we want to be outside and active; in winter, we are called inside ... Winter is when I reorganise my bookshelves and read all the books I acquired in the previous year and failed to actually read. It is also the time when I reread beloved novels, for the pleasure of reacquainting myself with old friends. In summer, I want big splashy ideas and trashy page-turners, devoured while lounging in a garden chair or perching on one of the breakwaters on the beach. In winter, I want concepts to chew over in a pool of lamplight -- slow, spiritual reading, a reinforcement of the soul. Winter is a time for libraries, the muffled quiet of bookstacks and the scent of old pages and dust. In winter, I can spend hours in silent perusal of a half-understood concept or a detail of history. There is nowhere else to be, after all.
Winter opens up time. ...

from Wintering: the power of rest and retreat in difficult times,
by Katherine May
6 comments:
Noted under: Bookish things 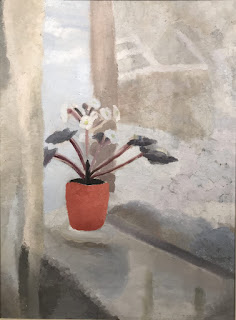 Once I abandon the fight to return to sleep and claim my wakefulness, I can find a slanting love for this part of the night, the almost-morning. ... Mostly I read at this hour. perusing the pile of books that live by my favorite chair, waiting to offer up fragments of learning, rather then inviting cover-to-cover pursuits.  I browse a chapter here, a segment there, or hunt through an index for a matter that's on my mind. I love such loose, exploratory reading. For once, I am not reading to escape; instead, having already made my getaway, I am able to roam through the extra space I've found. as restless and impatient as I like ... They say thay we should dance like one is watching. I think that applies to reading, too.

from Wintering:  the power of rest and retreat in difficult times,
by Katherine May
{The painting is 'Winter Primula,' by Winifred Nicholson.}
1 comment:
Noted under: Bookish things 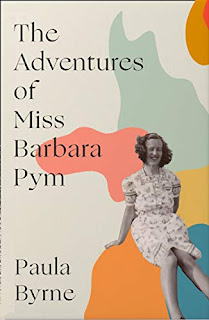 Oh, yes, please!  I don't see a U.S. publication date but it looks like it will be out in the UK in April. I shan't wait.

Favorites from this year

For me, this was unquestionably a strange year for reading, for reasons beyond the pandemic, but I loved these five books (listed in the order that they were read) and greatly enjoyed many others ... and because this year was sort of a missed opportunity, I'm especially looking forward to all the reading I'll do next year. :)

Thank you for visiting this year, and for sharing books with me here and in other places ... and I hope you have a safe and especially happy new year.