Read while safe at home 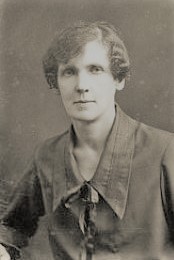 In terms of treasures lost, damage done, and deaths inflicted, the raid was the worst of the war. ,,, It left some 12,000 people without homes, among them the novelist Rose Macaulay, who returned to her flat on Sunday morning to learn that it had been destroyed by fire, along with everything she had accumulated in the course of her lifetime, including letters from her terminally ill lover, a novel in progress, all her clothes, and all her books. It was the loss of the books that she grieved above all. 'I kept thinking of one thing I loved after another with a fresh stab,' she wrote to a friend. 'I wish I could go abroad and stay there, then I shouldn't miss my things so much, but it can't be. I love my books so much, and can never replace them.' Among the loss was a collection of volumes published in the 17th century ... She also lost her collection of rare Baedekers, 'and anyhow, travel is over, like one's books and the rest of civilization.'  But the single loss that cost her the greatest sorrow was her Oxford English Dictionary. As she probed the ruins of her home, she found a charred page from the Hs. She also exhumed a page from her edition of the famed 17th-century diary kept by Samuel Pepys. She made an inventory of the books, at least those she could remember. It was, she wrote in a later essay, 'the saddest list...perhaps one should not make it.'

from The Splendid and the Vile:  a saga of Churchill, family and defiance
during the Blitz, by Erik Larson

There was much more that was horrible, and that I didn't know, in this book, but I found myself listening to this particular passage several times. {If only audiobooks had footnotes, but since we have Google, I only have to wait until November. } She would have been my age {or a year or so younger}when this happened. I've never read Rose Macaulay, although I first heard of her decades ago in the Common Reader catalog {I know Frances remembers it ... does anyone else?}. I will now.

I'm hoping to do a read/listen combo of this book soon(ish). How are you liking The Way We Eat Now? I noticed the cover in your sidebar.

Hi, JoAnn,
I'm enjoying The Way We Eat Now, and it's definitely informative and thought provoking, but not especially cheery. :) Absolutely well worth reading though.