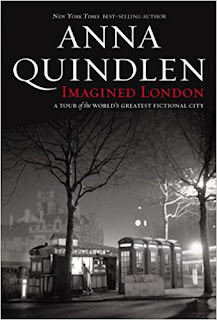 
Reading Trollope's two great series of novels, one set largely in town, the other in the country, it is manifest that the folks of the Barsetshire chronicles are less hard, old and calculating than those we meet in London, in the company of the Pallisers. ...  SirAlured Wharton may be a baronet, but one 'not pretending to the luxury of a season in London, for which his modest three or four thousand a year did not suffice.' Trollope adds, 'Once a year, he came up to London for a week, to see his lawyers, and get measured for a coat, and go to the dentist.' Why venture into the city more? In The Prime Minister, every fashionable street is populated by those whose very names are meant to suggest their venality and dissolution:  Sir Damask and Lady Monogram, Mr/ Hartlepod, Lord Mongrober, the Marguise of Mount Fidgett. ('Now the late Marquis had been, as was the custom with the Fichy Fidgett, a man of pleasures. If the truth may be spoken openly, it should be admitted that he had been a man of sin.') These are manifestly not nice people, and predictably, when his daughter is enmeshed in an unacceptable love affair, the upright Mr. Wharton's first thought is that he 'must take her away from London.'  A reader knows at the finale of the novel that Emily Wharton is finally safe because she will spend the rest of her life with the good folks of Herefordshire, of whom her first husband, sophisticated and dishonest, had been so dismissive.

from Imagined London, by Anna Quindlen

{Although it would have been more suprising if I hadn't bought it.} In any event, it was wonderful, and worth the wait, and has given me a list of books to look forward to. JoAnn and I have only gotten to the first Palliser novel (The Prime Minister is the fifth), but we (and you, if you'd like) will be starting again soon, next month we think.

Imagined London:  a tour of the world's greatest fictional city, by Anna Qindlen
National Geographic, 2004
Borrowed from the library, and so on

I think all of Trollope is free for digital download from Project Gutenberg. Just in case you can't find your copy!

So funny!!! I bought a like-new copy of Imagined London at the library sale last summer, but haven't cracked it open yet. Your post reminded me to 'purchase' a free copy of Phineas Finn for my kindle, which made me eligible for the $3.95 audio deal. Now I'm ready to continue our #PalliserParty as soon as I finish Bellevue... which is a little slower than expected.

Hi Audrey - I have been reading a few of your pots. You have a very impressive blog.