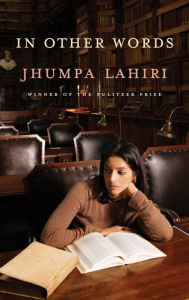 I realize that it's impossible to know a foreign language perfectly. For good reason, what confuses me most in Italian is when to use the imperfect and when the simple past. It should be fairly straightforward, but somehow, for me, it isn't. When I have to choose between them, I don't know which is right. I see the fork in the road and I slow down, feeling that I am about to come to a halt. I am filled with doubt; I panic. I don't understand the difference instinctively...
Only in Rome, when I start speaking Italian every day, do I become aware of this problem. Listening to my friends, telling my Italian teacher something, I notice it. I say, c'e stato scritto (there has been written} when one should say c'era scritto (there was written). I say, era difficile (it was difficult) when one should say e stato difficile (it has been difficult).  I am confused above all by era (it was) and e stato (it has been) -- two faces of the verb essere (to be), a verb that is fundamental. In Rome, for almost a year, my confusion torments me.
To help, my teacher provides some images:  the background with respect to the main action. The frame with respect to the picture. A curving line rather than a straight line. A situation rather than a fact.
One says, la chiave era sula tavolo, the key was on the table. In this case, a curving line, a situation. And yet to me, it also seems a fact, the fact that the key was on the table.
One says, siamo stati bene, we have been comfortable. Here we have the straight line, a condition that savors of conclusiveness. And yet to me it also seems a situation. ...
One day, after reading Niente, piu niente al mondo (Nothing, Nothing More in the World), a novel by Massimo Carlotto, I underline, like a lunatic, every use of the verb essere in the past. I write all the sentences in a notebook; 'Sui stato dolce, 'C'era encora la lira,' 'E stato cosi fin de quando era giovane,' 'Ero certa che tutto sarebbe combiato in maglio.' ('You were sweet.' 'The lira was still in use.' 'He's been like that since he was young.' 'I was sure that everything would change for the better.') But this labor turns out to be useless. I learn only one thing in the end:  it depends on the context, on the intention.
By now, the difference between the imperfect and the simple past troubles me a little less. By now I know that one says, at the end of a dinner, 'E stata una bella serata' (It's been a lovely evening), but that it was (era) a lovely evening until it rained. ... I understand that the imperfect refers to a sort of introduction -- an open-ended action, without boundaries, without beginning or end. An action suspended rather than contained, confined to the past. I understand that the relationship between the imperfect and the simple past is a precise, complex system, to make time gone by more tangible, more vivid. A way of recounting something abstract, of perceiving something that isn't there.
Needless to say, this obstacle makes me feel, in fact, very imperfect. ...


I'm not familiar at all with Jhumpa Lahiri's fiction {are you?}, but I'm inevitably drawn to books about language, and learning languages ... and to the wonderful premise of this one, an American novelist whose first language was Bengali, and her intensive, decades-long, study of Italian, which leads her to move to Rome for a year or two, and a resolution to write only in Italian,  This book, Lahiri explains, grew out of notebooks that she kept during her studies, and from what became a second diary, just about her efforts to learn the language. {As I listened to this book on my Ipod, I was surprised to sense an ending when I knew I had only listened to about half of the tracks, until I realized that the book is first narrated in its English translation, then in its original Italian. Even though I wouldn't have understood a word of it, I was tempted to keep listening to the end. :)  The printed book, on the other hand, has a page in Italian, followed by the English translation....  this is a wonderful presentation of the pull between the two languages, but I'm not sure I would have enjoyed reading the book this way. }

In some ways, in many ways, this is a beautiful, lyrical book, by an author who feels deeply and writes passionately about the language she has come to love, about how it fits into and fights against her easier command of English, even about how her name and her physical appearance are an insurmountable obstacle. Whenever I read about a passionate, almost life-long interest as her is, I realize that I don't really have one, and I feel regret.  And a book like this, all about learning a new language, suggests a way that I could.  It definitely made me want to pull out my French grammars (or even find an Italian one).

But this is where I felt frustration:  there are references to creativity, to a blank slate waiting to be filled, but many, many more to imperfection, confusion, estrangement, exile, distance, obstacles, mistakes, limitations, disappointments, irritation, homesickness, and loss. It was only at the very, very end, in almost the last sentence, that she tells us about her happiness and sense of accomplishment in having written a book in Italian. {And it's an amazing, impressive accomplishment!} Without being untrue to the author's voice or her experiences, I would just still want a story like this one to feel more hopeful, a little more like the love story that it seems to be.

I have read all of her books, she is one of my favorite authors.

I love Lahiri's writing and have read everything up to her latest novel, The Lowland. Her greatest strength, I think, is short stories. Interpreter of Maladies was a prize winner (Pulitzer?) and Unaccustomed Earth may be even better. Both are excellent on audio, too. Not sure exactly why I've been on the fence about her latest offering, but I feel more drawn to The Lowland right now.