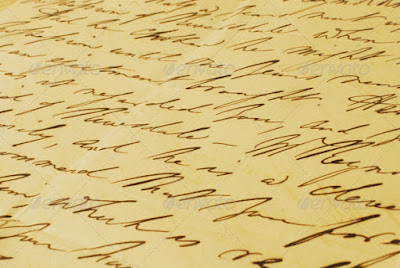 ... Perhaps it is a little depressing to inherit not lands but an example of intellectual and spiritual virtue; perhaps the conclusiveness of a great ancestor is a little discouraging for those who run the risk of comparison with him. It seems as if, having flowered so splendidly, nothing now remained possible but a steady growth of good, green stalk and leaf. For these reasons, and for others, Katharine had her moments of despondency. The glorious past, in which men and women grew to unexampled size, intruded too much upon the  present ,,, to be altogether encouraging to one forced to make her experiment in living when the great age was dead,
She was drawn to dwell upon  these matters more than was natural, in the first place owing to her mother's absorption in them, and in the second because a great part of her time was spent in imagination with the dead, since she was helping her mother to produce a life of the great poet. When Katharine was seventeen or eighteen -- that is to say, some ten years ago --her mother had enthusiastically announced that now, with a daughter to help her, the biography would soon be published. Notices to this effect found their way into the literary papers, and for some time Katharine worked with a sense of great pride and achievement.

from Night and Day, by Virginia Woolf


As someone who loves to read biographies, and especially literary ones, it's probably natural that I'd been drawn to dwell on a novel with {a little, at least} a biography in it. So I shall. :)

Lately, however, it had seemed to her that they were making no way at all, and this was the more tantalizing because no one with the ghost of a literary temperament could doubt but that they had materials for one of the greatest biographies that has ever been written. Shelves and boxes bulged with the precious stuff. The most private lives of the most interesting people lay furled in yellow bundles of close-written manuscript. In addition to this Mrs. Hilbery had in her own head as bright a vision of that time as now remained to the living, and could give those flashes and thrills to the old words which gave then almost the substance of flesh. She had no difficulty in writing, and covered a page every morning as instinctively as a thrush sings, but nevertheless, with all this to urge and inspire, and the most devout intention to accomplish the work, the book still remained unwritten. Papers accumulated without much furthering their task, and in dull moments Katharine had her doubts whether they would ever produce anything at all fit to lay before the public.  Where did the difficulty lie? Not in their materials, alas!  nor in their ambitions, but in something more profound, in her own inaptitude, and above all, in her mother's temperament. Katharine would calculate that she had never known her write for more than ten minutes at a time. Ideas came to her chiefly when she was in motion. She liked to perambulate the room with a duster in her hand, with which she stopped to polish the backs of already lustrous books, musing and romancing as she did so. Suddenly the right phrase or the penetrating point of view would suggest itself, and she would drop her duster and write ecstatically for a few breathless moments; and then the mood would pass away, and the duster would be sought for and the old books polished again. ...  It was as much as Katharine could do to keep the pages of her mother's manuscript in order, but to sort them so that the sixteenth year of Richard Alardyce's life succeeded the fifteenth was beyond her skill. And yet they were so brilliant, these paragraphs, so nobly phrased, so lightning-like in their illuminations, that the dead seemed to crowd the very room. ...
But the book must be written. It was a duty that they owed the world, and to Katharine, at least, it meant more than that for if they could not between them get this one book accomplished they had no right to their privileged position. Their increment became yearly more and more unearned. Besides, it must be established indisputably that her grandfather was a very great man.


Thanks for indulging me; as you can see, I loved these scenes. (There's more in this vein.) And now I'm trying to think of other novels about biography.  I can only think of one {can you?} that I read a long time ago {According to Mark, by Penelope Lively} but I'm going to look.

By the time she was twenty-seven, these thoughts had become very familiar to her.  They trod their way through her mind as she sat opposite her mother of a morning at a table heaped with bundles of old letters and well supplied with pencils, scissors, bottles of gum, india-rubber bands, large envelopes, and other appliances for the manufacture of books. Shortly before Ralph Denham's visit, Katharine had resolved to try the effect of strict rules upon her mother's habits of literary composition, They were to be seated at their tables every morning at ten o'clock, with a clean sweep of empty, secluded hours before them. They were to keep their eyes fast upon the paper, and nothing was to tempt them to speech, save at the stroke of the hour when ten minutes of relaxation were to be allowed them. If these rules were observed for a year, she made out on a sheet of paper that the completion of the book was certain, and she laid her scheme before her mother with a feeling that much of the task was already accomplished. Mrs. Hilbery examined the sheet of paper very carefully. Then she clapped her hands and exclaimed enthusiastically:
'Well done, Katharine!  What a wonderful head for business you've got!  Now I shall keep this before me, and every day I shall make a little mark in my pocketbook, and on the last day of all -- let me think, what shall we do to celebrate the last day of all? If it weren't the winter we could take a jaunt to Italy. They say Switzerland's very lovely in the snow, except for the cold. But, as you say, the great thing is to finish the book. Now let me see --'.

There's Possession, by A.S. Byatt. I loved it when I first read but now I struggle with it. I loved According to Mark, which felt like a shorter and wittier approach - and published before Possession. I think I'd also count Margaret Kennedy's Wild Swan, and maybe Troy Chimneys (though in that book the biography being researched isn't about the main character).

I forgot about Possession (though I liked the movie more than the book...), and the more Margaret Kennedy, the better! Thanks, Lisa!