I've had The Brookline Trunk on my shelves (unread, of course) for years, from back at the time when there was a wonderful used bookstore not far from where I live now, the kind with crooked hallways and paper shelf labels and lots of dusty old books.  I'm sure I bought it because I lived in Brookline before I moved to Boston, and also because I've always been drawn to a certain kind of comfortable, domestic writing. Now, finally, because I'm lucky enough to have library privileges in a library with dusty old books, I've finally read something (else) by Louise Andrews Kent, and it's already sent me searching for more.

From what I've dug up about her, Louise Andrews Kent was born in Brookline in 1886, went to college in Boston, and later wrote for a Boston newspaper and Vermont Life, as well as children's books. Her husband's family, the Kents, had deep historical roots in Calais,Vermont, and she cast herself as Mrs. Appleyard, and Calais as Appleyard Center, for the cookbooks she wrote beginning in the 1940s.

Of course, you know I immediately went in search of one...


Some of the best reading in the world, Mrs Appleyard says, is found in cookbooks. She ought to know because she began to read them as literature long before she took to wielding the egg beater. There have been frequent periods in Mrs. Appleyard's life when she was on short rations. Her doctor has told her to lose three hundred pounds and she has. No, she has not vanished in the process She is still moderately substantial. She has merely lost thirty pounds ten times. During those periods when her too, too solid flesh was melting, she has learned to sublimate her yearnings for chocolate cake and lobster Newburg by reading cookbooks. She has fortunately discovered that she can get a pleasantly stuffed feeling by moving her eyes rapidly from left to right over menus that begin with twenty assorted appetizers and end with Baked Alaska.

Definitely a book to keep on the nightstand and read before bed. :)

The book I've just read, "...With Kitchen Privileges,"  was published in 1953, and seems to be one of her books that's more a novel than a cookbook (although, like all the best novels, it has recipes in the back).  Mrs. Appleyard is a widow, living in Woodbrook Green, a town near Boston, in a rambling old house she inherited from her grandmother, and writing mystery novels featuring a dashing detective.

A member of the Woodbrook Green Tuesday Bridge Club, panting home at Twilight, well stuffed with watercress sandwiches and petit fours, planning to open a can of Spam for her husband's supper so she can have a long, cozy, quivering evening with Maurice Talcott's latest, often doubts that Mrs. Appleyard really writes the books herself.  What, she sometimes asks herself, could Susan possibly know about how the British embassy would react to a hooded cobra untwisting itself from the base of a knife-polishing machine?


We meet the other inhabitants of the Green:  Miss Clara Stark Rowell, an elderly lady who reminds everyone that George Washington once complimented an ancestor on her Indian pudding;  Mrs. Clinton, an elderly invalid who no longer comes downstairs, and her middle-aged doctor son, Prescott; Jane Lyle, Mrs. Clinton's nurse, who was imprisoned with Prescott in a Japanese camp during the war; Myra Craske, Mrs. Appleyard's well-intentioned but interfering cousin; Harriet Ballard, the spinster who runs the teashop and who would be very pretty if she'd only take off her glasses; and Miss Sophie Luce, the librarian at the Athenaeum, whose purpose is to discourage anyone  from borrowing books.

But first, as this book opens, Mrs. Appleyard is fleeing on a year-long visit to all four of her children to escape the clutches of her tyrannical maid, Annie Donovan,  When Dr Prescott, who is her trustee, tells her that she really must come home, she arrives {spoiler alert!} in a blinding snowstorm, has a heart attack, and is found in a snowbank.  After this, her well-meaning friends all insist that she can't possibly live in her big, rambling house by herself, and following Miss Rowell's example, she decides to take in paying guests (with kitchen privileges).

Sometimes you just need 216 pages of silliness and warmth, mixed in with some zingers that out-Dowager the Dowager {'Mrs. Clinton always wears shell pink and often makes people think of  a rose, though perhaps not of a bud. As Miss Rowell says, a rose weighing a hundred and eighty pounds may be considered full blown.'}  It reminded me a little of Miss Buncle's Book, that kind of a treat, but set in New England, and irresistible. 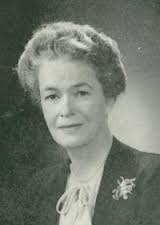 I don't even have to look to know that my library won't have any of her books. Hopefully they can borrow some for me from better-stocked libraries! Or I might have to do some click-clicking...