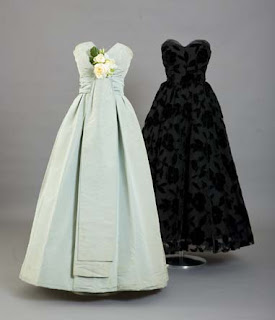 In the summer of 1950, there were lunches given by debutantes' mothers at which important social matters were ironed out; it was of course out of the question for Elizabeth to attend such things. Dances were arranged by also cocktail parties for those who could not afford a dance; some of these were shared conveniently between two families. The problem I faced was how to get myself onto the invitation list. There was only one answer. Since my mother was no help, I would bring myself out.
I did not realize at first, that, as a future student at a university, with an assured place, I was a rarity among the debutantes. I was to discover this when I began to acquire some dancing partners who would politely ask me about my autumn plans: 'Are you going to the shoot at Stately Home X on November twenty-fifth...?' 'No,' I would answer brightly, 'I'll be shooting down undergraduates. I'm going to Oxford.' After a few uncomprehending stares, I abandoned that line of chat and let it be understood that I was going to take a secretarial course, like the others. All the same I began dimly to understand the inestimable advantage I had in 1950 in having an ambitious mother — ambitious for her daughter academically, that is, and not like Mrs. Bennet seeking an advantageous matrimonial bargain. ...
So it was a challenge that was all about winning and losing, although I did not attempt to scale the heights of the fabled Queen Charlotte's Ball, where debutantes were said to curtsey to a cake in the absence of the monarch. ... That, I felt, would be a step too far for my mother and even, to be honest, to me. Sometimes I won when I managed to get to a dance because I had been at school with the girl concerned and discovered a spurious past intimacy between us. Sometimes I lost through trying to scale the heights, as when I failed to get to the ball at Holkham for Lady Anne Coke, a modern Gainsborough beauty. I won when I was invited to a shooting weekend in Hampshire by one John Baring, a quizzical fellow with a good sense of the ridiculous. He would have appreciated the entry in my diary noting the future event, with its order of priorities: 'I am terrified of doing the wrong thing,' I wrote. 'Also of getting shot.'
...Fortunately at least one event followed conventional lines of mother and daughter bonded together in attendance and that was my presentation at Buckingham Palace. ... I was even able to boast later of exchanging a few words with the Queen herself. This honour could hardly have been accorded to every single debutante at the packed occasion, although I'm sure the perpetually smiling queen did her best. I was evidently the beneficiary of my father's official position as a Labour minister. Once again, this was something to set against his basic disinclination to attend any social occasion designed for my self-promotion.
'What would be point, darling?' said Elizabeth sensibly. 'Dada would only go to sleep.' This was so obviously true that I had to hold my peace. ... 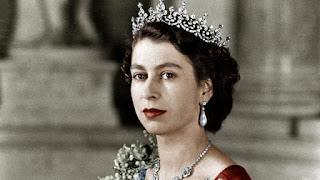 'So you are going to Oxford,' said the well-primed Queen Elizabeth in a friendly manner, after I had made my curtsey. 'Well, you must have a fling first.' Actually, a fling was the last thing I wanted; on the contrary, I wanted True Love, the sort I read about in books, not all of the high standard of Pride and Prejudice.   It is a fact that, being a quick reader, apart from enabling a person to study good books such as Macauley and Gibbon, enables a person to read a lot of bad books as well. It would however be ungrateful to pick out the titles that gave me such pleasure and stigmatize them as bad books; besides, I would maintain that such books can teach you narrative skill, which certainly never comes amiss in writing History.

from My History:  a memoir of growing up, by  Antonia Fraser

I am loving these posts! I remember nodding my head emphatically at her remark that being a fast reader allows you to read a lot of bad books as well as good. How true!

I have the audio book of this read by Penelope Wilton. Thank you for posting these snippets. I've read all AF's biographies so I'm looking forward to this one.

I'm waiting for the library to send me the book. Oh the anticipation!