For those who appreciate wistaria and sunshine... 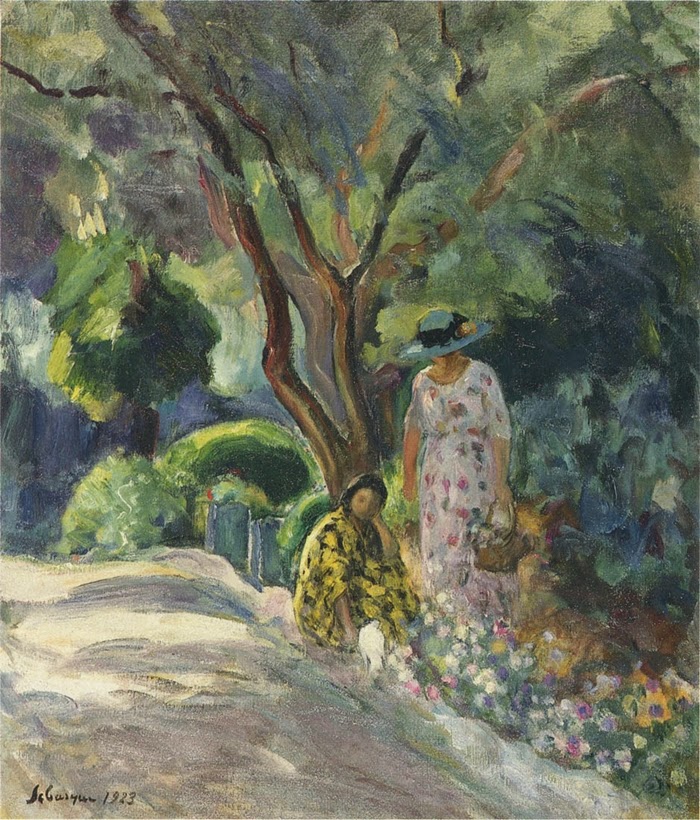 ... or colorful descriptions of houses and gardens, or beautifully imagined, fully painted characters, or gentle humor, or turns of phrase and bits of dialogue so wonderful that you want to stop and read them again, or those who like books that don't seem to need a plot twist until they have one, and it's delicious, or those who are rationing their re-reading of their Pyms or Austens so they don't run out, The Enchanted April is the perfect book to read, or listen to, or read and listen to.  As Mrs. Wilkins would say, 'I see us there.'

A nice sidelight from the edition I read was learning more about Elizabeth von Arnim from the introduction by Cathleen Schine {another writer I'm very fond of}. Von Arnim was born in Australia in 1866 and her family emigrated to England when she was a child. {The novelist Katherine Mansfield was her cousin.} On a trip to Rome with her father, when she was nineteen, Elizabeth was wooed and won by a 'considerably older' German count, Henning August von Arnim, and she went to live with him in a 'remote and beautiful old house' — an abandoned 17th century schloss on the Von Arnim estate in what was then Prussia. Her first book, Elizabeth and her German Garden, was published in 1898 and became 'a staple of the Edwardian lady's bookshelf,' enormously popular both in England and the U.S. The author was listed as 'Elizabeth,' and readers and the press enjoyed trying to guess her identity, which was only revealed a year or so later.  Elizabeth eventually  returned to England, and traveled to the U.S., Switzerland and other places in Europe, before her 'disastrous second marriage,' drawing on these experiences for the novels she wrote later. {Have you read any of them?} The Enchanted April was written in 1921, when, as Cathleen Schine notes, von Arnim was closer in age to the elderly Mrs. Fisher than to the three younger women in the novel. She was living in the U.S. when she died, and she's buried in Maryland.

I love EvA!! If you like The Enchanted April, I recommend Elizabeth and her German Garden and The Solitary Summer. I'm rationing the rest but I've also read In the Mountains and Fraulein Schmidt and Mr. Anstruther and loved them both.

Almost all of her books are free for e-readers from Gutenberg.org or Amazon.

I also love EvA. I've read quite a few of her books but have many more on the tbr shelves, both real & virtual. I loved Enchanted April, & E&HGG (which I'd love to reread. Also The Benefactress, one of her novels with a culture clash between England & Germany. Also Vera, a novel with a plot anticipates Rebecca by Du Maurier.

I must reread The Enchanted April soon! And after that, I can finally tackle the copy of Elizabeth and her German Garden which has been languishing on my shelf for years.