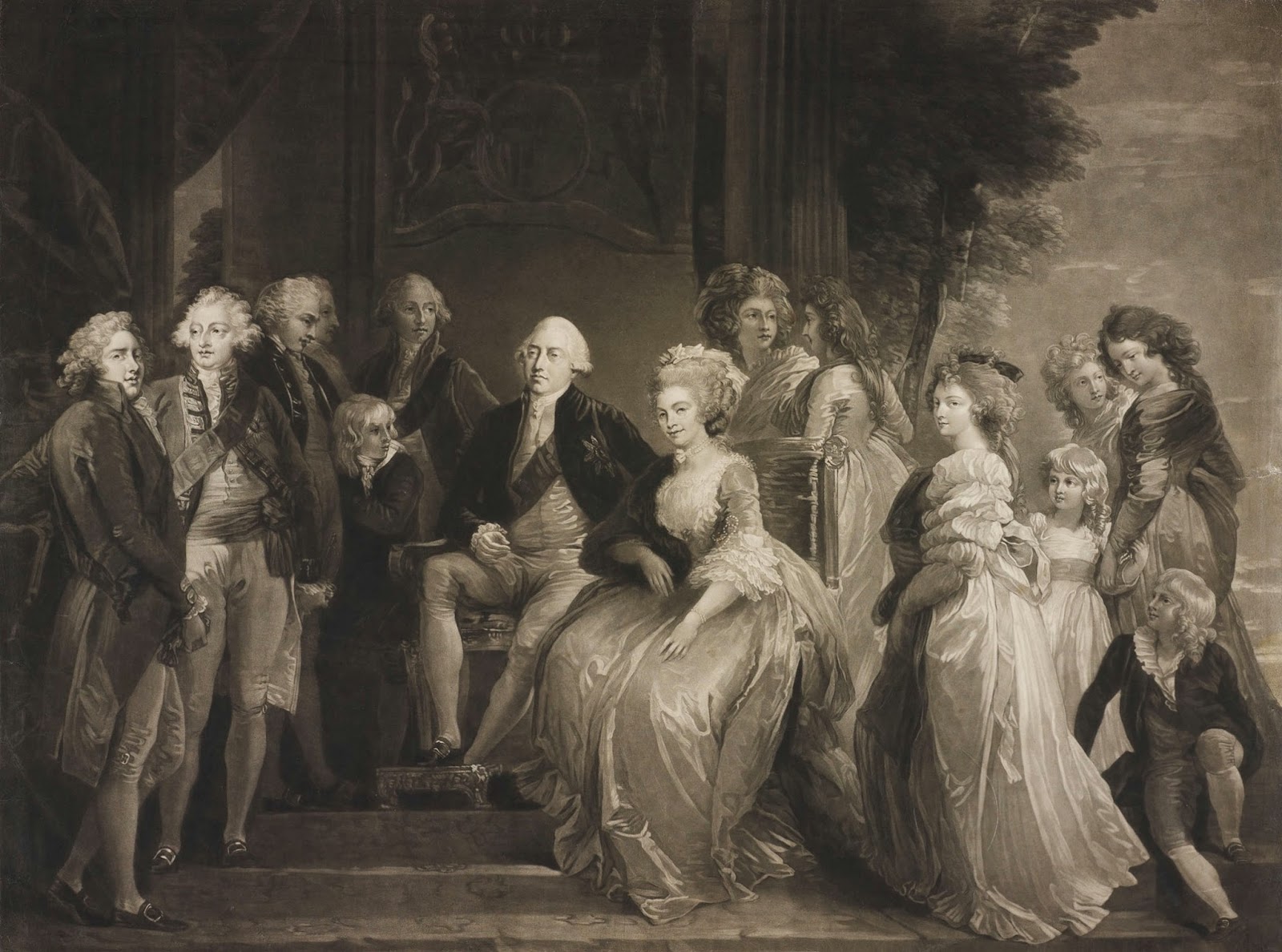 'I assure you, from what I have lately heard ... that royalty, when closely inspected, has few charms for reasonable people. I do not believe there is a more unhappy family in the kingdom than that of our good king. They have lately passed whole hours together in tears; and often do not meet for half a day; but each remains alone, separately brooding over their misfortunes.'

Somewhere in the middle of reading a wonderful biography of Anthony Trollope, I saw or heard about this book somewhere, requested it from the library {first mistake}, started reading it a little {second mistake}, couldn't finish it in the three-week lending period, decided I needed to buy my own copy, and that was that for Mr. Trollope, at least for a while. {I'll come back, if only he'll have me.} It's just that this other book, which slipped in so quietly, was so endlessly engaging, fascinating, horrifying and wonderful.

As I've admitted before, I'm a little bit of a Queen Victoria groupie, and I've read a little about the royals who followed her, but I was never especially interested in the ones who went before. {I did read this wonderful book, a long time ago, about Princess Caroline, the wife of the detested Prince Regent {his sisters loved him, though}, so I knew a little about the wild story of that marriage, and about how their daughter was supposed to have restored the monarchy, but she died tragically in childbirth. The portrait of her in this book is a little more colorful. :) } But I remember being fascinated when I finally understood how Victoria became Queen:  in a nutshell, at the death of the P.R., by then George IV, none of his 12 remaining brothers and sisters had any legitimate offspring, and there was a race, filled with abandoned common-law wives, to be the one who could produce the heir to the throne. When you know about that, it's a little hard to resist finding out more about this family.

The 'royal experiment' {the title of this book in the UK is The Strangest Family, but for once I like ours better} was George III's 'enormous undertaking' to transform, and save, the monarchy by creating a new kind of family life with his wife and children and letting it demonstrate  and instill new values for his people. I also enjoyed reading about Queen Charlotte's craving for an intellectual life, and the interesting women she surrounded herself with. The descriptions of  'the madness of King George,' and its affect on his family, were harrowing. It's almost heartbreaking to read about how George and Charlotte wanted to make things better for their children, and how what they hoped to build fell apart through the force of their personalities and beliefs {his insistence on total conformity and 'emotional obedience,' and hers on submission}, making the experiment unsuccessful in the end, as 'his daughters suffered as much from their father's kindness as their brothers did from his misdirected intensity.'

I also loved knowing that this is Janice Hadlow's first book, one that took ten years to write as she worked at the BBC.  It's so well written, and reading it made me happy for her and what she accomplished. There's something so surprising and wonderful about expecting to like a book, and then liking it this much.  :)


{The image is 'George III and Queen Charlotte with their thirteen children'
by John Murphy, c. 1794, found here.}
Noted under: Biography, Queen Victoria

Sounds marvelous! In spite of the probable truth that "royalty has few charms for reasonable people," it never loses its fascination. I'm very interested to learn more about this slice of history.

Well, this is on my library list and if it can pull you away from Mr Trollope I think maybe I should promote it to the very top.

I'm definitely putting this one on the to-read list!

Also, I hate to tempt you away from Trollope, but have you read Becoming Queen Victoria by Kate Williams? It gives the whole backdrop of how Victoria came to be queen, starting with George III, his disastrous marriage, and then the death of Princess Charlotte. It also covers Victoria's early life up until her marriage to Prince Albert. It probably covers a lot of the same material as The Royal Experiment but I thought it was just wonderful.