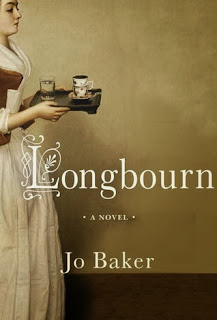 There could be no wearing of clothes without their laundering, just as surely as there could be no going without clothes, not in Hertfordshire anyway, and not in September. Washday could not be avoided, but the weekly purification of the household's linen was nonetheless a dismal prospect for Sarah.
The air was sharp at four-thirty in the morning, when she started work.  The iron pump-handle was cold, and even with her mitts on, her chilblains flared as she heaved the water up from the underground  dark and into her waiting pail. A long day to be got through, and this just the very start of it.
All else was stillness. Sheep huddled in drifts on the hillside; birds in the hedgerows were fluffed like thistledown; in the woods, fallen leaves rustled with the passage of a hedgehog; the stream caught starlight and glistened over rocks. Below, in the barn, cows huffed clouds of sweet breath, and in the sty, the sow twitched, her piglets huffed at her belly. Mrs. Hill and her husband, up high in their tiny attic, slept the black blank sleep of deep fatigue; two floors below, in the principal bedchamber, Mr. and Mrs. Bennet were a pair of churchyard humps under the counterpane. The young ladies, all five of them, sleeping in their beds, were dreaming of whatever it was that young ladies dream.  And over it all, icy starlight shone; it shone on the slate rooves and the flagged yard and the necessary house and the shrubbery and the little wilderness off to the side of the lawn, and on the coveys where the pheasants huddled, and on Sarah, one of the two Longbourn housemaids, who cranked the pump, and filled a bucket, and rolled it aside, her palms already sore, and then set another bucket down to fill it too.


Longbourn, which was just published here, was going to be a reading treat over Christmas break -- I had something else Austenesque in mind for this week -- until I got the dreaded library recall notice, which meant that I'd need to return it by tomorrow. But I did find time (I made time!) to finish it, and so I got my reading treat early.

I loved that first paragraph - doesn't it sound like something that Jane Austen would have written if she had been allowed to write such things?  On the surface, Longbourn is Pride and Prejudice told from the point of view of the servants:  Mr. and Mrs. Hill (the butler, sort of, and cook/housekeeper),  Sarah and Polly, the two housemaids, and James, the new footman who mysteriously arrives at the beginning of the novel. But it's also a very separate story; we only see Jane Austen's characters and events through their eyes, often just in passing or at a distance. Mr. Darcy, for instance, barely makes an appearance, and it's perfect to only see him through the housemaids' eyes. {Because of that, I think Longbourn would read best if you've read Pride and Prejudice, because you would know what was happening around the edges, and it wouldn't matter.} The servants feel the Bennets' moods, are intimate with their laundry and their chamberpots, worry about what will happen to them when Mr. Collins inherits, but they have their own lives and their own secrets. I think Jo Baker has found a very good way of putting two stories side by side and mostly telling only one of them.

Mostly, because the two are intertwined; Polly, who is only 12 or 13 {she can't remember} and beautiful in the way that  young girls are, becomes the pet of an especially evil Wickham, and there is another connection that comes out in what I thought was a very well-done bit of storytelling. {It involves one of my favorite characters from Pride and Prejudice, someone I will never be able to see the same way again, because I think Jo Baker is right about him.}

I also appreciated the writing; it's very descriptive and rhythmical and lush, almost romantic, even though it is often describing a hardscrabble life, or a difficult past. Because I read the Afterword beforehand {I'm just like that}, it was also kind of enchanting to imagine how much fun it would have been to lay out this story, when

... where the two books overlap, the events of this novel are mapped directly onto Jane Austen's. When a meal is served in Pride and Prejudice, it has been prepared in Longbourn. When the Bennet girls enter a ball in Austen's novel, they leave the carriage waiting in this one. ... But what the servants get up to in the kitchen, unobserved, while Elizabeth and Darcy are busy falling in love upstairs, is, I think, entirely up to them.

Oh, I think I would love this! You have taught me to appreciate Jane Austen more than I have before, and this book has really picqued my interest from your review. I can see why it would be reserved for a "Christmas treat", yet I'm glad the dreaded notice caused you to move it up a bit for us to hear your thoughts. Stupid library. Sometimes I think we should just buy all the books we love. ;)

I loved what I read of this book, but the story didn't quite hold me, and so I drifted away. I must go back soon.

Jo Baker does write beautifully - I picked this book up without registering the significance of the title, just on the strength of her name.

This would be a perfect Christmas treat! Have a feeling it will be my last splurge before beginning the TBR Triple Dog Dare...

I'm torn between wanting to read this and being outraged at the audacity of the author taking on a Jane Austen novel!

The chapter you quoted is pretty good ...!