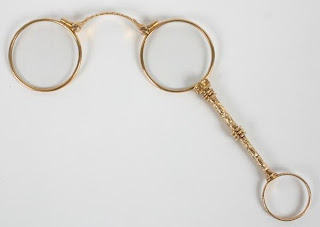 'Such a quaint thing,' said the Duchess. 'I thought I'd  just tell you. You know little Mr. Thipps?'
'Thipps?' said Lord Peter. 'Thipps? Oh, yes, the little architect man who's doing the church roof. Yes. What about him?'
'Mrs. Throgmorton's just been in, in quite a state of mind.'
'Sorry, Mother, I can't hear. Mrs. Who?'
'Throgmorton -- Throgmorton -- the vicar's wife.'
'Oh, Throgmorton, yes?'
'Mr. Thipps rang them up this morning. It was his day to come down, you know.'
'Yes?'
'He rang them up to say he couldn't. He was so upset, poor little man. He'd found a dead body in his bath.'
'Sorry, Mother, I can't hear; found what, where?'
'A dead body, dear, in his bath.'
'What? -- no, no, we haven't finished. Please don't cut us off. Hullo! Hullo! Is that you, Mother? Hullo -- Mother! -- Oh yes -- sorry, the girl was trying to cut us off. What sort of body?'
'A dead man, dear, with nothing on but a pair of pince-nez. Mrs. Throgmorton positively blushed when she was telling me. I'm afraid people do get a  little narrow-mined in country vicarages.'

Nudged by my own reading, and then encouraged by finding a new blog to follow, I'm looking forward to re-reading some of Dorothy L. Sayers' Lord Peter Wimsey novels, or at least reading the ones I've missed.  I've now joined in Christina's Where My Whimsy Takes Me challenge by reading Whose Body?, the first Lord Peter Wimsey novel, courtesy of Girlebooks, on my Nook. {Lord Peter would have cringed delicately at the thought of such a barbaric device, but Bunter would have been an early adopter.} 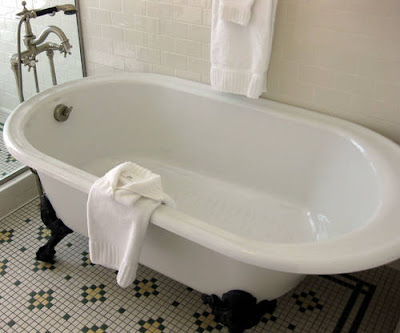 Asked by the Dowager Duchess to 'run around and see him and ask if there's anything we can do,' Lord Peter and Bunter involve themselves in the case of the man in the bathtub, only to run into the unamiable Inspector Sugg and the collected and helpful Mr. Parker, who are also investigating the disappearance of a prominent financier, Sir Reuben Levy.

There's an expectedly intricate plot, and a detailed working out of who did it, and to whom.  But knowing these characters later (Harriet doesn't appear yet), the best part of reading Whose Body? is seeing them in their earliest appearance. Their personalities and voices are already sketched in, and we come in at what is not quite the beginning of the story.

'I have been the vistim of a vulgar attempt at blackmail,' said the lawyer; 'an individual passing himself off as Lord Peter Wimsey--'
'But that is Lord Peter Wimsey,' said Mr. Wicks, 'there's  no mistaking him. I saw him give evidence in the Attenbury emerald case. He's a big little pot in his way, you know, and goes fishing with the head of Scotland Yard.'
'Oh, dear,' said Mr. Crimplesham.

There are things about this book that are hard to bear, such as the casual anti-Semitism of the times, but otherwise it was a very enjoyable read, and a good re-introduction to one of the best mysteries series, vintage or modern.  Thanks, Christina, for the inspiration to read this!

I downloaded the audio of this story for my parents' return drive from Florida, but it was so scratchy no one could bear listening to it. However, I've been meaning to read it for years!

Also, the picture of the tub is the exact tub I had installed in my upstairs bathroom when we redid it, and the flooring is very similar, too. The woman from whom we bought the home thought we were nuts to go backward in time, but I love, love, love it. :)

Oh, Bellezza, that's so funny. I just love the look of it! I lived for a time in a 1920s apartment building that still had the old black and white tile in the bathroom (no clawfoot tub, though come to think of it did have a window over the tub that you could have slid a body through...)

Oh Audrey, you're welcome :-) I loved reading your thoughts on the first book - your enthusiasm certainly shines through and I loved this novel too.
I adore the photos of the pince-nez and the gorgeous clawfoot bath tub.
I chuckled at your observation that Bunter would have been an 'early adopter' - marketing speak :-) So true!
If you don't mind, I'll be adding a link to your review on the Challenge page of my blog.
I hope to finish 'Clouds of Witness' soon - I am also enjoying it immensely, which surprises me as I am familiar with the plot via the radio play. It's a testament to DLS' writing that it has me hooked none-the-less, especially since the book has so many more riches than can be conveyed by other mediums.